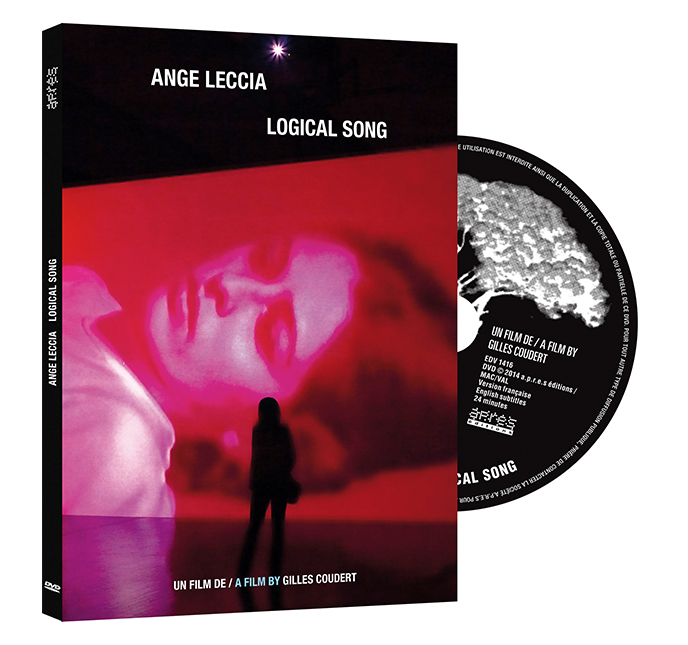 The film takes a close look at Ange Leccia’s work, interweaving the exploration of Leccia’s exhibition “Logical Song” (2013) at the MAC/VAL – Val-de-Marne Contemporary Art Museum with perspectives from a series of interviews. The exhibition, based on a succession of monumental videos, offers an autobiographical understanding of Leccia’s work and creates a dialogue between his films from the oldest to the most recent. The exhibition is conducive to wandering the installation and absorbing the visual and sound environment where viewers create their own narrative. Ange Leccia describes his itinerary and talks about his approach. We also hear from MAC/VAL curator Alexia Fabre, film critic Nicole Brenez and art critic Fabien Danesi, who discuss Ange Leccia’s work and its position in the history of art and cinema.

WITH 3 FILMS BY ANGE LECCIA:

Seven Islands (19 min.)
The title refers to both the islands in the Seto Inland Sea where this film was shot and to its own structure. “Island” can mean a step in the script — each sequence is built like a self-sustaining world from given geography, time frame, mental state… like so many cinematographic islands. Like previous works by Ange Leccia, in particular Île de Beauté (1996), this film is a poetic, dreamlike drift amidst maritime seascapes.

Traversée (20 min.)
This film depicts several journeys between Marseille and elsewhere-in-the-Mediterranean which spiral up and out. These trips close in on themselves forming a continuous loop where the tale gets lost in the eternal recurrence. Traversée is above all a moveable scene, an in-between, a poetic metaphor for the political situation between France and North Africa. A space for contemplation and tension, an endless journey, an invitation.
Film © 2012 Ange Leccia / Marseille-Provence 2013

Le début des choses (11 min.)
Ange Leccia’s inspiration is drawn from the monumental architecture of the Palais de Tokyo. Leccia’s film plays with the reflecting surface of an immense mirror to multiply the museum’s light effects. The artist Michelangelo Pistoletto is at the heart of this device of shadow and diffraction, studded with appearances by a young woman and Palais de Tokyo stock footage from 1930 to the present.
Film © 2012 Ange Leccia / Palais de Tokyo